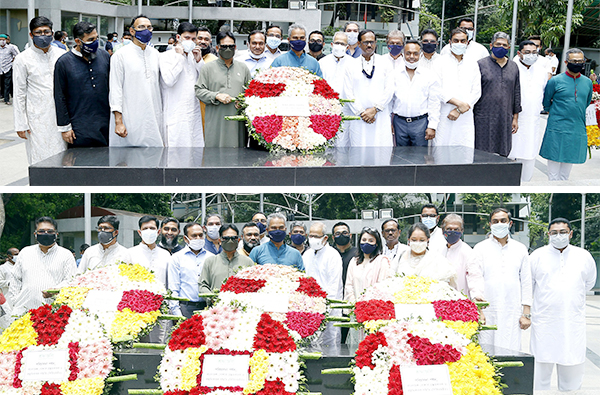 The BGMEA Board led by its President Faruque Hassan paid tributes to Father of the nation, Bangabandhu Sheikh Mujibur Rahman by placing wreaths at the portrait of the great leader in front of Bangabandhu Memorial Museum at the capital’s Dhanmondi on 1 May.

The BGMEA leaders showed their profound respect to the memory of the Father of the nation and architect of the nation’s independence. Bangladesh has risen against all odds, obstacles and challenges in becoming a middle-income country and it has been mesmerizing the world with continuous and sustainable progress. The RMG sector has played a major role in Bangladesh’s economic transformation, export growth and women empowerment to uplift the entire nation.

BGMEA President Faruque Hassan expressed his and the new BGMEA Board’s firm commitment to take the RMG industry to a new height of glory with additional contribution in building “Sonar Bangla” as dreamt by Bangabandhu Sheikh Mujibur Rahman.