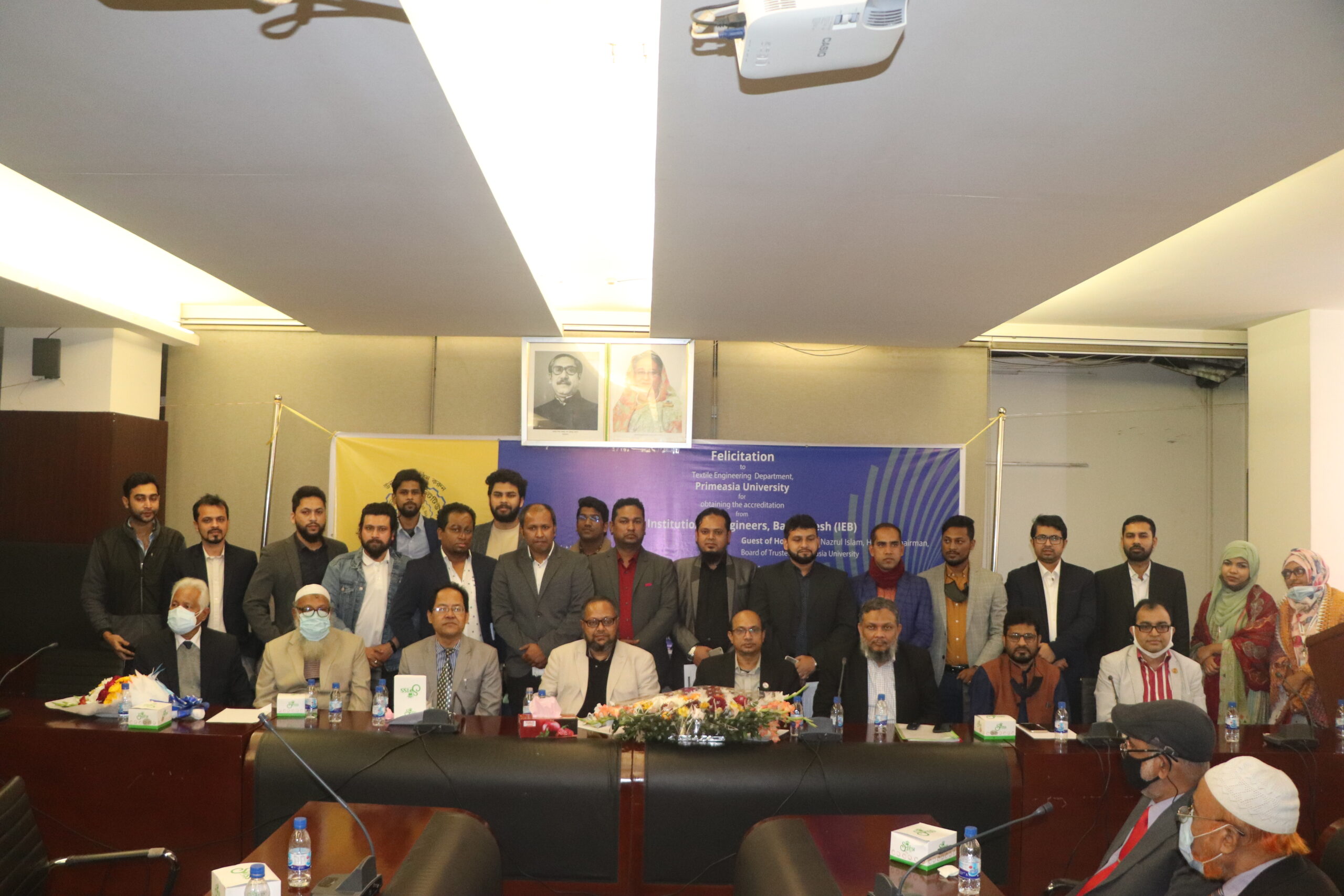 Textile Engineering Department of Primeasia University recently obtained the Accreditation from the Institution of Engineers, Bangladesh (IEB) under the dynamic leadership of current Vice-Chancellor (acting) Prof. Dr. Engr. Md. Humaun Kabir. This accreditation will be available for the next 3 years and all the graduated Textile Engineers of Primeasia university will be able to be members of IEB by fulfilling certain norms of the IEB.