Home Fashion Denim & Jeans The European Union has been encouraged by Levi Strauss & Co to...
Advertisement 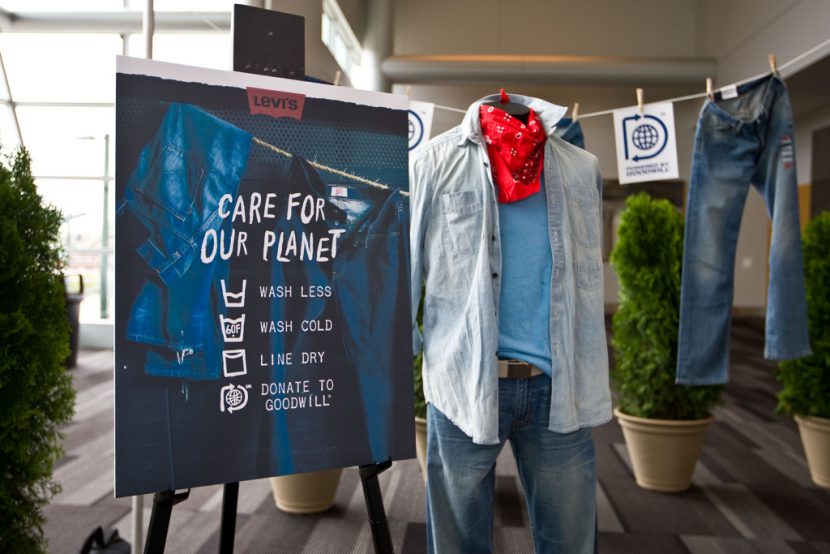 The European Union has been encouraged by Levi Strauss & Co to develop more ambitious sustainability goals and to sign a global Sustainability Alliance, Sourced Journal says. Jeffery Hogue, Levi Strauss & Co, Chief Sustainability Officer, said that the world is unlikely to take a backseat for advances. According to the UN, world carbon emissions have to be lowered by 45% by 2030 to hit a net zero by 2050.

The European Union is called upon to develop more aggressive climate targets by Levi and 170 other companies and CEOs of investors. The businesses have just signed an open letter asking EU heads of state and the Commission to set a goal of at least 55 percent EU 2030 for reducing greenhouse gas (GHG) emissions, thus making it climate-neutral by 2050.

Levi aims also to boost its supply chain performance, accounting for 63 percent of its total carbon footprint. It vowed that by 2025, it would eliminate carbon in the supply chain by 40 per cent, meeting a goal by setting new manufacturers’ goals and expanding collaborations with the IFC, a multinational private sector development organization in developed countries.

“Bangladesh is doing very well in denim sector and I believe this growth will...

Denim Talk admin - June 20, 2021 0
Shelsham Trading and Co ltd is one of the pioneer sourcing companies in Bangladesh. They have been supporting our country’s economy for the long...

Lenzing Welcomed Clear Positioning of The EU Commission For The Fight Against Plastic...

Technology admin - June 20, 2021 0
The Lenzing Group, the globally leading supplier of sustainably produced specialty fibers, welcomes the issuance of the guidelines for the implementation of the Single-Use...

Bangladesh is one of our biggest production markets and will also...

To go beyond the common targeted business in Bangladesh, a clear...

“Bangladesh is doing very well in denim sector and I believe...

Lenzing Welcomed Clear Positioning of The EU Commission For The...