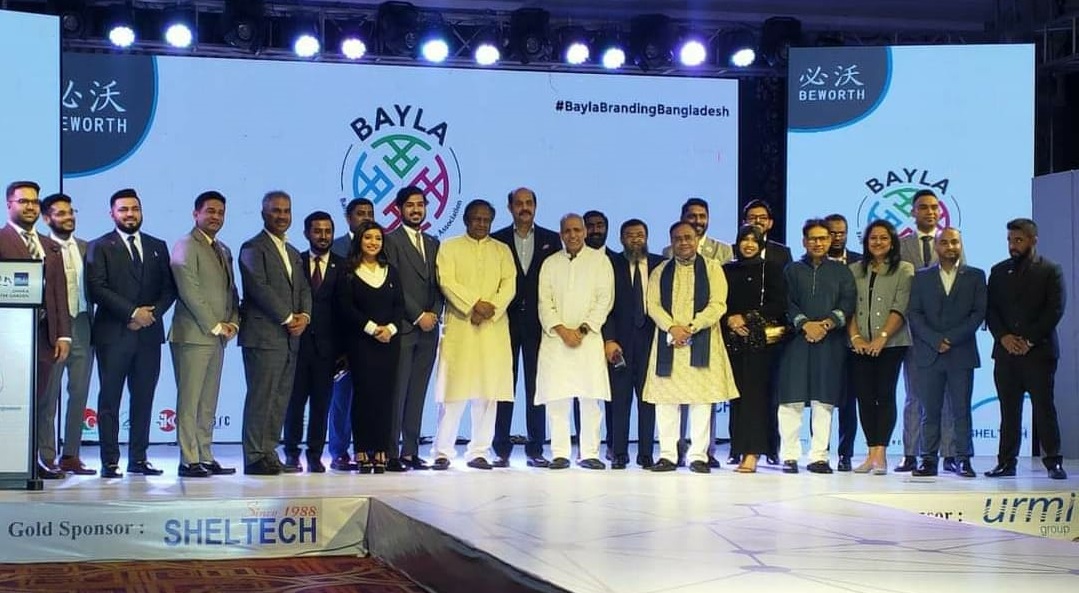 Bangladesh Apparel Youth Leaders Association, a platform of young entrepreneurs of the country’s apparel and textile sector & backward linkage sector started its journey on 27 February at a hotel in the capital.

BAYLA is aiming to increase the market potential of the garment industry through the development and diversification of the garment industry, by targeted research, capacity building through training, increasing productivity and creating new opportunities. Bayla was born in an effort to ensure the development of a backward and pioneering industry with the garment sector. The main objective of Bayla is to coordinate and unite all the leading organizations in the garment industry. With interest and diligent efforts, this non-political organization is a combination of the enthusiasm of the youth and the experience of the elders.

On the inaguration program Abrar Hossain Sayem from Sayem Group and Al-Shahriar Ahmed, MD of Indet group.   Ltd, have been nominated as BAYLA’s president and secretary.

BAYLA president & Director of Sayem Group, Abrar Hossain Sayem said that the platform would work to bring qualitative change in the apparel and textile industry in line with the goals of the Digital Bangladesh vision and the Fourth Industrial Revolution. “Besides this platform will support for country’s positive branding” added Abrar

BAYLA general secretary Al-Shahriar Ahmed said that a collective effort from the young generation leaders was the main key to bringing positive reforms in the industry.