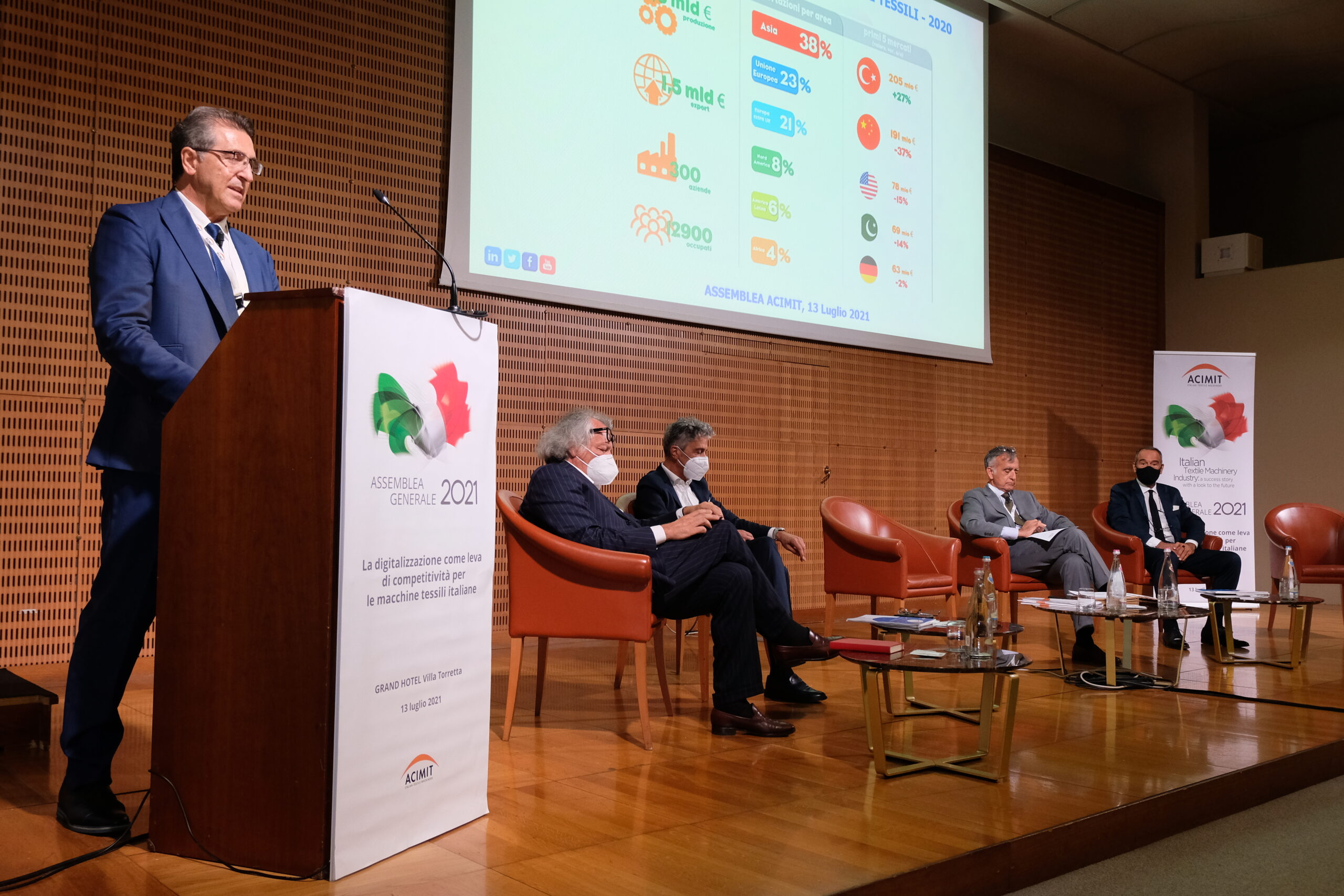 The Covid-19 pandemic that hit the world a year ago has also severely impacted the textile machinery sector. At ACIMIT’s general assembly, the association representing the Italian textile machinery manufacturers, this was seen as an opportunity to consider what the sector had lost in 2020, while also presenting a variety of future projects to relaunch the industry.

In 2020, Italy’s production of textile machinery fell by 22% compared to the previous year, with a similar drop in exports (-21%). Weighing heavily on this situation was a near total stop in production between the first and second quarter of 2020, while the recovery in the second half of the year was only partial. Travel restrictions have contributed negatively to performance in the industry, and still do not allow companies to seize the opportunities created by a recovery of the textile sector.

ACIMIT president Alessandro Zucchi commented that, “in this first half of 2021, however, the overall economic situation appears to be improving both in terms of exports and in our own domestic market in Italy. The resumption of trade fair events in attendance in our sector has provided a positive sign of a progressive return to normal business conditions.”

Nonetheless, for many companies the pandemic’s legacy has also had a positive side. “Entrepreneurs in the industry have realised the urgency of enacting a digital transformation of their business,” stated Zucchi. “This is precisely why ACIMIT has accelerated its Digital Label project for certifying Italian textile machinery that adopt a common set of data, in order to more easily integrate with the operating systems of their client businesses (ERP, MES, CRM, etc.).”

“The competitive edge of each individual company, as for the entire industry,” recalled ACIMIT’s president, “will increasingly depend on the level of digitalization to which we will have been able to elevate our production and organizational processes. ACIMIT’s digital certification wants to achieve this goal.” 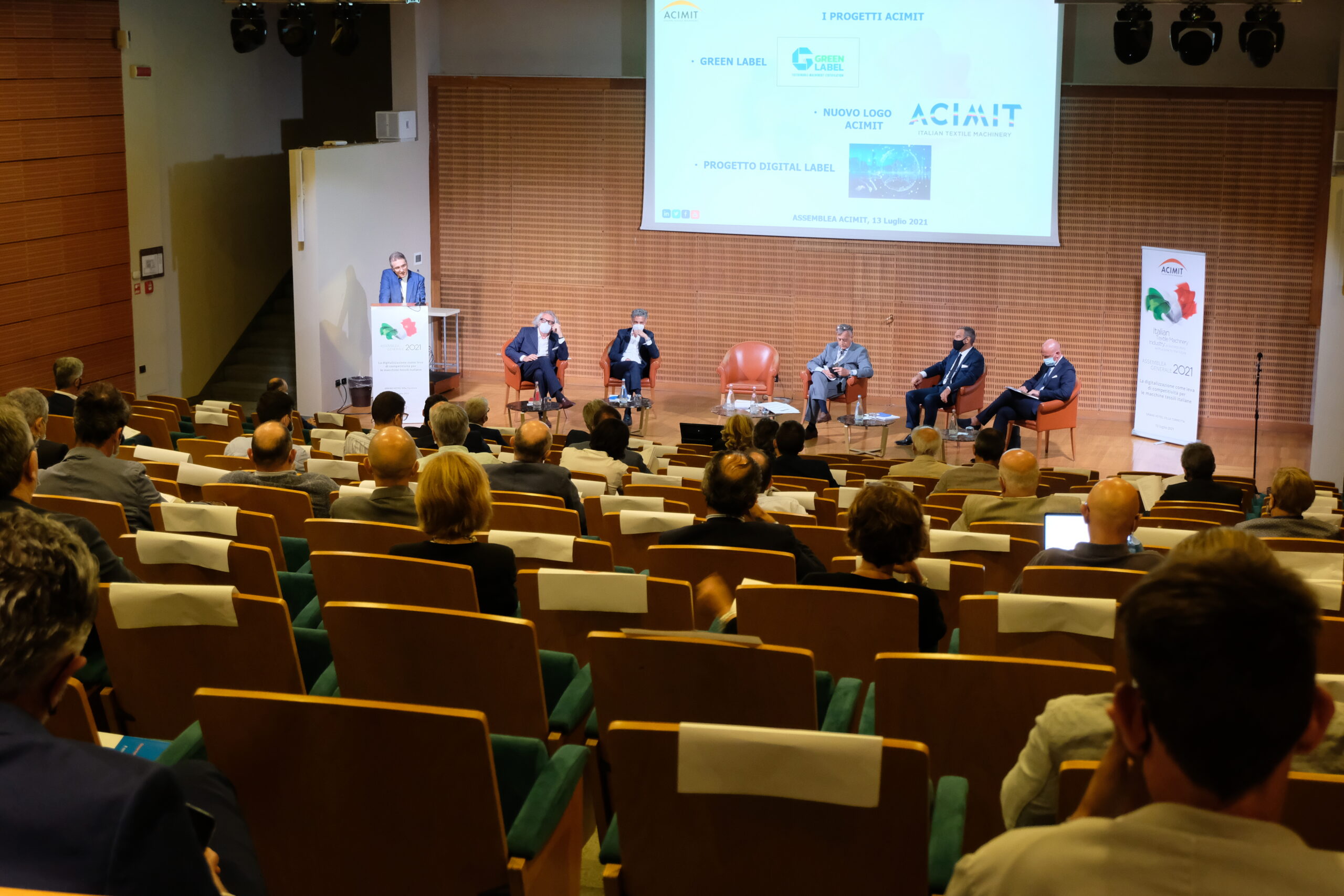 In addition, the general assembly confirmed Alessandro Zucchi, who is CEO and partner of the company Ferraro, as the ACIMIT’s president for two more years. Also confirmed were the charges of Federico Businaro as vice president (Santex Rimar Group), Cristian Locatelli (Marzoli, Camozzi Group) and Andrea Piattelli (Unitech). The latter are joined by Ugo Ghilardi (Itema Group), elected vice president for the first time.

Lastly, during the assembly ACIMIT awarded a historic group of associated machinery producers, which since ACIMIT’s founding in 1945, or from its inception (companies that entered the group prior to 1950), have been a part of the Association. These companies are: Crosta, Gaudino, Marzoli, Mezzera (a brand owned by Reggiani), Noseda, O.C.T.I.R. (an Autefa Solutions Italy brand), Reggiani, Sant’Andrea, Savio and Zonco.