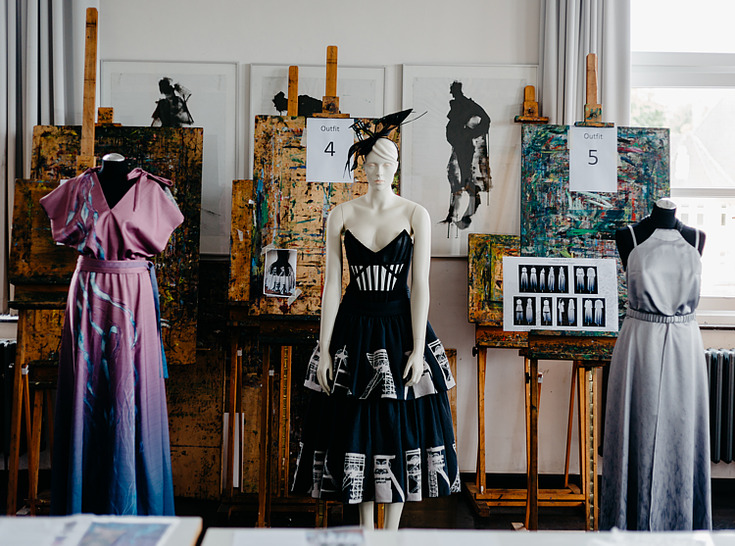 The NRW state government and the Future Agency Rheinisches Revier (ZRR) awarded the first of three stars for the Textile Factory 7.0 (T7) concept. This clears the first major hurdle in the application and approval process for future textile production and its significant contribution to structural change in the Rhenish mining area. From now on it is about the qualification of the project in the awarding process: the finalization of the business plan and the integration of companies as partners. Companies should get in touch with the applicants now in order to discuss opportunities for participation and cooperation with T7. The Textile Factory 7.0 project initially has four core modules: Biosphere, Digital Textiles, On-Demand Manufacturing and Micro Factories.

“The aspects of sustainable production and consistent digitization are of the utmost importance here. There is still a lot of know-how available at the Mönchengladbach site in the Rhenish Revier, which we can further develop together with companies into future-proof innovations,” says Prof. Dr. Maike Rabe from the Department of Textile and Clothing Technology at the Niederrhein University of Applied Sciences.

For the city of Mönchengladbach, T7 means a future project in the further development of the economy towards future-proof and knowledge-driven jobs. The objective is nothing less than the modeling of competitive industrial production in 2035 for the entire manufacturing sector using the example of the textile and fashion industry. The cooperative further development of the textile factory together with the project partners in the Rheinisches Revier therefore has the highest priority, with the first effects already being visible in concrete company projects at the location. “For example, the development of sustainable jeans production initiated by the C&A Group in the Monforts district of the textile factory 7.0 is, to a certain extent, already anticipating and providing impetus for good work and sustainable production at the Mönchengladbach site,”

After the first growth steps, a location for medium-term development is already being sought for the T7, which could be in the urban area of ​​Mönchengladbach as part of the Rhenish Revier. “Ultimately, the goal is an industrial park of the future, where development and production for the textile and clothing industry is to be carried out under zero-emission conditions and CO2 neutrality,” explains David Bongartz, authorized signatory of WFMG – Wirtschaftsförderung Mönchengladbach GmbH. In the first step, an application-oriented “innovation park” for companies in the university’s vicinity is to be set up and promoted. Based on the idea of ​​Industry 4.0, the infrastructure and equipment should already be digitized to a large extent at this point and designed for biotechnological applications.

The current status of the project, streamed live from the Textile Academy in North Rhine-Westphalia, was presented to the industry in mid-December at an informational meeting held under the patronage of the General Association of the German Textile and Fashion Industry “textil+mode”. The lively interest in the event – with more than 100 participants nationwide – showed how committed the entire industry is to following the development of the model project. “For us, the concrete and close cooperation of companies in the textile and clothing industry with the university partners for the development of marketable innovations in the industry is of central importance,” says Detlef Braun, Managing Director of the Textile Academy NRW.

In September 2020, the project partners agreed on the core elements of the textile factory 7.0 to be developed as part of an agreement in principle. T7 is a joint project of the Niederrhein University of Applied Sciences and the ITA (Institute for Textile Technology) at the RWTH Aachen, the Association of the Northwest German Textile and Clothing Industry and the Association of the Rhenish Textile and Clothing Industry, with the Textile Academy NRW and the WFMG for the city of Mönchengladbach.

“The overarching goal of the T7 is to enable a knowledge-driven comprehensive reform of the textile and clothing industry as well as projects in so-called re-shoring – the relocation of production facilities to industrialized countries – in order to be able to assume a leading international role in the textile industry in the future,” says Prof. Dr. Thomas Gries, Head of ITA Aachen.