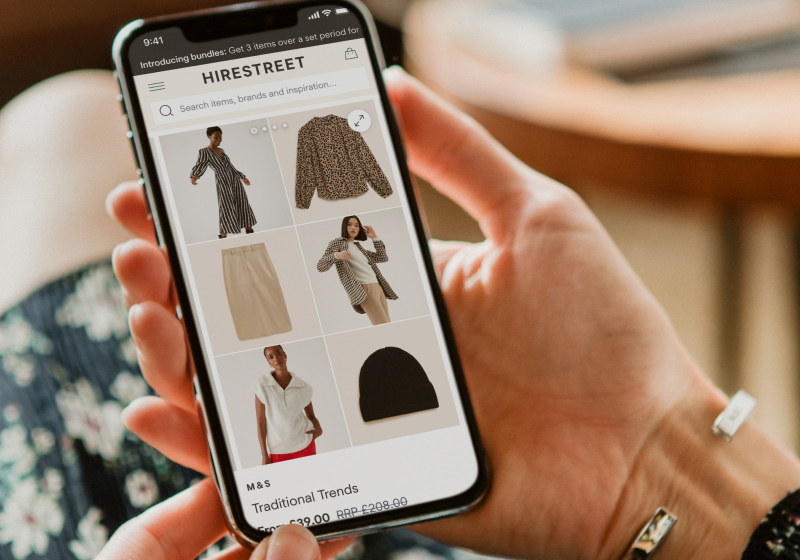 LONDON – British retailer Marks & Spencer (M&S) has launched its largest-ever rental collection through its partnership with the Hirestreet platform.

Customers can choose up to seven items from the 78-piece collection of jeans, footwear and accessories to hire for up to 30 days from £39 (US$45).

M&S says its partnership with Hirestreet, which launched in 2021, supports its commitment to circularity and its ambitions to be a Scope 3 net zero business by 2040.

M&S said it was extending its partnership with Hirestreet, through which it first began renting out individual items a year ago, as a third of its shoppers said they wanted to change how they bought clothes due to concerns over climate change.

The fashion industry has been found to contribute more to climate change than the aeronautical and shipping industries combined. If current trends in shopping continue, it could account for a quarter of the world’s carbon budget by 2050.

One in 10 under-35s have opted to try rental services as part of that shift, and one in 20 of all consumers.

Some questions have been raised over whether renting is greener – with one study suggesting it could be worse for the environment than throwing items away. However, that study assumed bought items were worn 200 times before being disposed of while some items of fast fashion are worn just once or twice.

Richard Price, the managing director of clothing and home at M&S, said: “This season it’s not just about what we offer but how – this is just one of the ways we’re working to support customers as they expect to lower their carbon footprint.”

M&S has joined retailers from Selfridges to Primark in experimenting with ways to reduce the climate impact of fashion retailing as consumers turn to secondhand items or cut back on spending amid mounting awareness of the environmental cost.

Spending on fashion is also under pressure from economic concerns as the cost of living crisis inflates energy and food bills, leaving households with less to spend on discretionary items.

The secondhand clothing market is expected to grow faster than fast fashion in the next few years as the rise of Depop, Vinted and Facebook marketplace make it easier to trade unwanted items.

Renting clothes – made popular by the likes of Carrie Johnson, the former prime minister’s wife, who hired her wedding dress, and the TV presenter Holly Willoughby – can also work out much cheaper if only worn for a special occasion. A black leather M&S dress, for example, is available for £35 for four days compared with its £250 sale price.

M&S also enables the hire and resale of children’s clothing via a partnership with Dotte and launched a clothing recycling partnership with Oxfam in 2008 that four years later turned into its Shwopping scheme, which encourages customers to hand over an old item of clothing when they buy a new one.