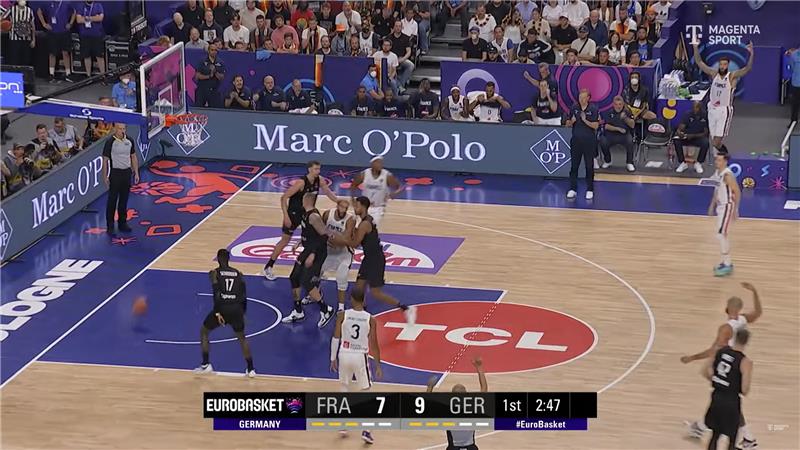 Following the recent successful sponsorship of the DFL Super Cup between the Bundesliga champions and the German Cup winners, Marc O’Polo has become an official partner of the German Basketball Federation for the FIBA EuroBasket 2022. The European Men’s Basketball Championship will take place from September 1 to 18, with the main venues in Cologne and Berlin as well as preliminary round games in Milan, Prague and Tbilisi. The partnership extends the premium modern casual lifestyle brand’s reach into the sports sponsorship area, and will increase the company’s awareness both domestically and abroad.

“We are very pleased to be an official partner of FIBA EuroBasket 2022, which started yesterday, and to support a sporting event of such importance and appeal, not only to Europe but also internationally. We are keeping our fingers crossed for the German national team, and we wish all teams a great tournament filled with sportsmanship and fairness,” said Maximilian Böck, CEO Marc O’Polo.

Marc O’Polo remains committed to internationalization. In addition to expanding into other European markets such as Italy, Spain, Greece and Denmark, the company is also entering Canada and the North American region. The partnership with the FIBA EuroBasket 2022 will help towards this goal, given the tournament’s global appeal and interest. Additionally, the increased commitment to sports sponsorship brings greater reach and visibility, in line with the company’s strategic goal of strengthening and further expanding the menswear business.

Along with the menswear push, the emerging DENIM line is also one of the company’s strategic initiatives. Marc O’Polo DENIM will also become a sports sponsor in the Fall/Winter 2022 season, increasing awareness and reach. In keeping with the young target group, MO’PD will sponsor this year’s Red Bull District Ride. Slopestyle specialists such as MTB rider Erik Fedko will descend on Nuremberg’s Old Town this weekend for the event.