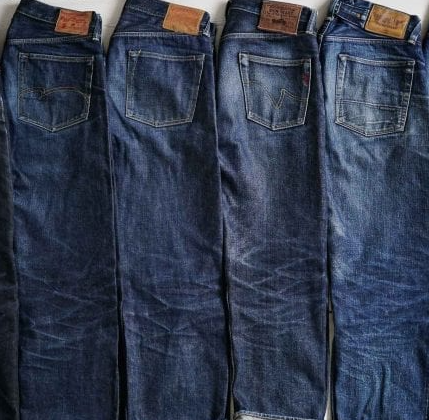 Nowadays denim is a field of immense potential for the present & future generations. At one time Denim jeans were used by miners or workers, then denim clothing was considered as just weekend lounge wears. But now times have changed, denim jeans are equally popular at home and abroad due to their durability, ever-new design, and diversity. Denim jeans have become one of the latest fashion accessories, which is considered a symbol of youth worldwide. Now not only pants are made with denim, along with this, shirts, jackets, trousers, skirts, shorts t-shirts are also being made. The demand for denim products is increasing rapidly. Maximum people choose denim for their regular lifestyle & fashion.

Due to the global demand for denim, a revolution has taken place in this sector in Bangladesh as well. The trend of making 100% compliance factory has increased. As a result, a huge possibility is opening in the denim sector. Bangladesh is exporting denim products approximately 20 Core pieces per year. According to BTMA, Bangladesh has around 35 denim fabric manufacturer company. These are all export-oriented, notable among these are Aaron Denim Ltd.  Jamuna Denims Ltd, Partex denim, Square Denims Ltd, Shasha Denims Ltd, Mahmud Denim, Beximco Denims Ltd, Ha-Meem Denims, Pacific Denims Ltd. All the companies produce 400 million meters of denim fabric in a year. Each company has increased its production capacity due to demand. Multinational brands include H&M, C&A, Diesel, Wrangler, Walmart, Levi’s, G-Star, Hugo Boss, S-Oliver, Gap, which are big buyers of Bangladeshi denim. Also, the local denim factories can supply 20 million meters of denim fabric per month against the domestic demand of 50 million meters per month. Nowadays Bangladesh exports Blue Denim Trousers, Blue Denim Skirts, Blue Denim Jackets, Blue Denim Suit & Coats to the international markets.

The Bangladesh denim Industry is currently the top producer of denim in the European Union & United States. According to an International Market Research and Consulting Firm Technavio, currently, (in 2021) denim have a huge market of around $97 billion, and denim jeans have around $73 billion as well. Bangladesh is leading in this huge market. Until 2019, Bangladesh was ranked 3rd in US denim exports, but now Bangladesh is the world’s largest denim exporter to the US surpassing China & Mexico. On the other hand, Bangladesh is already the top exporter of denim products in the European Union (EU). According to the US Office of Textiles and Apparels, the United States imported $890 million worth of denim from January to May (2020). However, Bangladesh has exported the most denim worth $160 million, where Mexico was the second-largest exporter with $150 million, Vietnam has exported denim worth $110 million, China exports over $80 million and Pakistan is in almost the same position. 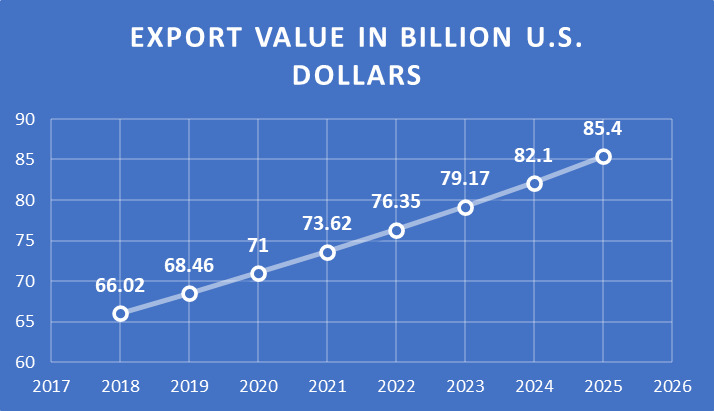 According to the Statistics directorate of the European Commission (Eurostat), Bangladesh grabs 27% of the total denim market in Europe. In 2017, Bangladesh

The Future of Denim Market

Denim, a fundamental component of the casual wardrobe, has become a staple textile within the worldwide apparel market. 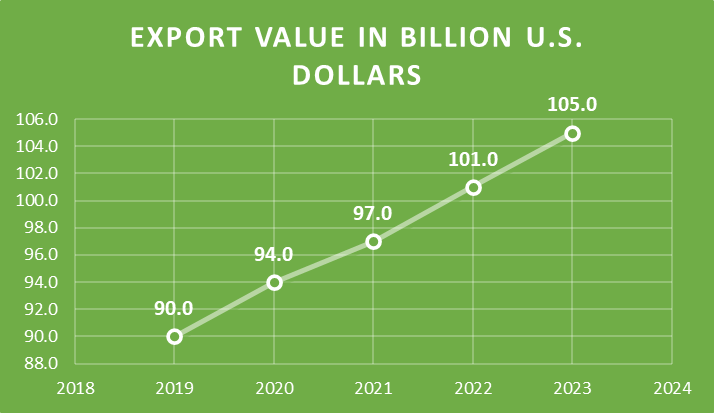 The market value for denim products was $90 billion in 2019 and was expected to increase to $105 billion by 2023. Also, the worldwide denim jeans market was expected to be worth around $85.4 billion in retail sales by 2025, up from $66 billion in 2018. As the global apparel market grows, it’s unsurprising that the denim jeans market also will rise. The denim market is a multi-billion U.S. dollar market, which is about to grow further over subsequent years.

Mustafizur Rahman, CEO of Bangladesh Denim Expo and Managing Director of Denim Expert told The Daily Jugantor that there is a lot of potential in denim exports. Proof of this is that earlier Bangladeshi trader used to take their products abroad to show them. But now foreign buyers are coming to Bangladesh to see our products. In order to maintain this potential, the government needs to focus on an adequate supply of gas, electricity, and also the development of infrastructure. Besides these, Bangladeshi traders need to pay more attention & more focus to reduce the lead time, so that they can unload goods from the Airport and Chittagong port quickly. Another major challenge is the dependency on external sources for fabrics, as Bangladesh still has got to import about 50% denim fabrics.

Our main competitors in the denim industry are Vietnam, Turkey, China, Pakistan, Cambodia, where they produce high-quality denim at low prices and they use technical washing technology in their own industry. They can also reduce their production costs with the help of highly developed industries. Bangladeshi manufacturers mostly buying foreign fabrics, raw materials, and washing chemicals, which increases our production costs. The challenge for Bangladesh is additionally adding further value to denim products through design development and innovation. In this regard, the denim sector currently needs more investment in research and innovation to fulfill our goal.

Increasing the consumption of denim is created a new opportunity & dimension for Bangladesh. The total denim production of the world is approximately 700 million meters. Cotton Inc. said that almost 71% of people in the EU wearing denim, followed by 70% in the USA, 58% in China, and 57% in Japan. The USA is one of the top consumers of denim goods with a demand of 450 million pieces per year. Competitive countries like Turkey, Vietnam, Cambodia, China have also started occupying the position in the denim market but they will not be able to compete in the world market easily, because the industries of Bangladesh have become more established in the denim market. Bangladesh has already topped the list of denim exports to the United States & Europe.

Meanwhile, at a seminar, Sayeed Ahmed Chowdhury, General Manager of Square Denim said, “Investment in denim fabrics and denim manufacturing has increased sharply. As a result, production capacity has increased too. Pushing the export earnings up and taking the lead in the global market. He also said that, within the last two years, Square Denim has increased its production capacity from 1.5 million meters to three million meters. Considering the increasing of demand, they will be launching another unit soon”.

Based on secondary data published in daily newspapers, magazines and trade websites.