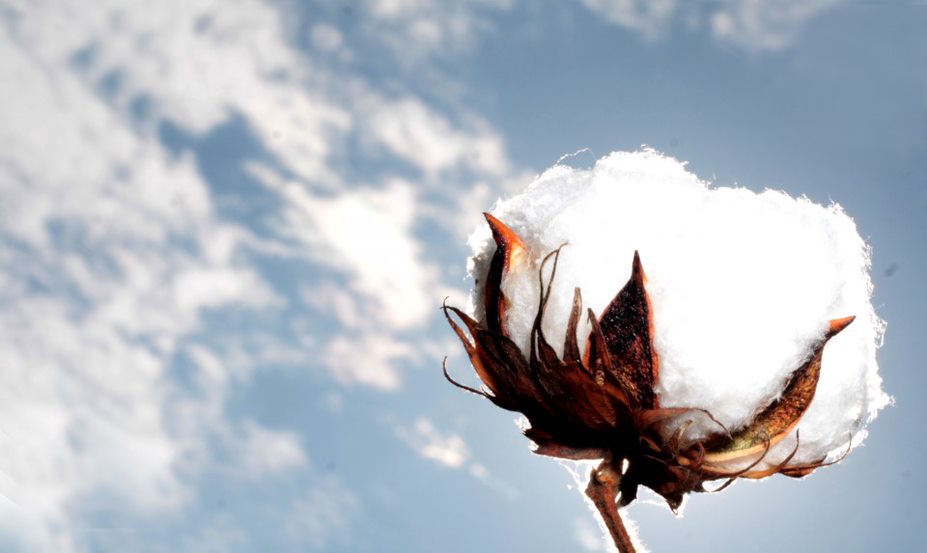 The quality of the cotton fiber is what determines its applicability and valuation in the market. Far beyond the gradient of whites and yellows, the lint has distinct fineness grades and sizes and several characteristics relative to strength and resilience that help or hinder when it comes to transforming the raw material into yarns and fabrics. In recent dsecades, Brazilian cotton farmers have been working hard to raise the standard and the credibility of the fiber produced in the country.

A lot has changed since cotton farming started moving to central Brazil in the late 1990s: “Abrapa reorganized the production chain by means of state associations and partnerships with Embrapa, public and private universities, and input suppliers,” says Júlio Busato, president of the Brazilian Cotton Growers Association. New technological resources and research for genetic improvement have enabled the expansion of cotton production and given an entrepreneurial dimension to the sector in Brazil, positioning the country as the world’s fourth largest producer and second largest exporter of cotton.

The quantitative and qualitative leaps did not happen overnight. The replacement of manual harvesting by mechanical harvesting brought about challenges, such as the higher incidence of bark fragments in the lint. According to Jean Belot, researcher for the Mato Grosso Cotton Institute (IMAmt), two other factors drove the evolution of the production process: the prevalence of the second crop and the offer of many new varieties. “These are changes that have made it difficult to obtain an increase in quality over the years”, he adds.

The challenges were overcome with research and new technologies. Growers are increasingly mastering the various steps to improve leaf grade and other contaminations, according to the researcher. The incidence of bark fragments, for example, was solved with an improvement in crop management and an adjustment to plant size, combined with the modernization of gins with the addition of pre-cleaning equipment.

To minimize contamination by seed fragments in the ginning process, farmers sought to identify the most susceptible varieties – when the issue is be detected in advance, it is possible to adjust the gin to mitigate the problem. The presence of sugar in the lint was also solved. “Stickiness is an issue we have solved well at the farm level as farmers are now paying close attention to end-of-cycle pest control,” explains Belot.

Regarding intrinsic quality characteristics, choice of variety and crop management are defining factors. “Maturity is key in determining the fiber’s intrinsic qualities, and growers are increasingly more knowledgeable about this,” he says.

The search for quality by cotton farmers is a continuous process, assures Scheffer’s Quality Control Manager, Maksuell Marques. “In the last decade, quality has become a priority. At Scheffer, we have adopted a continuous improvement process spanning from the fields to the gins, which ensures that our quality has evolved in order to meet market needs,” he says. “Today our cotton shows very low incidence of bark fragments and a great evolution in fiber quality in terms of length, strength, and maturity”, he concludes.

For Brazil to move from second largest importer to second largest exporter of cotton in the world, it was not enough to invest in production process improvements. It was necessary to measure lint quality. To increase the reliability and competitiveness of the Brazilian product, Abrapa introduced fiber testing and classification by commercially accepted high volume instruments back in 2002.

The adoption of the international High Volume Instrument (HVI) standard has put Brazil on par with major producing countries. The technology used, which is capable of reaching further than the human eye, made it possible to measure intrinsic and extrinsic characteristics, such as micronaire, strength, length, uniformity, short fiber index and color – aspects that influence the price and define whether the lint meets the requirements of each buyer.

But it would still be necessary to go a step further. In 2010, during a meeting of the International Cotton Association, international buyers reported that the quality of Brazilian cotton did not correspond to what was stated in lab reports. Since then, Abrapa has undertaken initiatives to improve and standardize the tests conducted in the country. “Brazil definitely needed to create a quality model, and we based ourselves on the American model,” says Júlio Busato.

With the support of the state associations, Abrapa hired a consulting firm to verify the compliance levels of Brazilian HVI laboratories. A translation of the good practices guide for high volume instrument testing, published by the Commercial Standardization of Instrument Testing of Cotton (CSITC) task force, was also made available.

In 2016, aiming at the standardization of cotton classification, the Standard Brasil HVI (SBRHVI) program was launched. The program was structured around 3 pillars: a modern and well-equipped central laboratory located in Brasilia; a quality database, which stores the information on testing and classification of the cotton produced in the country; and constant guidance and training for the laboratories that serve Brazilian cotton growers, so that everyone involved would use the same standard. “Besides quality, Brazil has also started to deliver credibility and transparency along with its test results”, says Abrapa’s president.

The program was decisive for the international recognition of the lint produced in Brazil. “There used to be a lot of discrepancies in the reports and the foreign market did not have confidence in Brazilian cotton. The SBRHVI was a watershed,” states Maksuell Marques.

For SLC Agrícola’s Commercial Director, Aldo Tissot, by granting access to detailed data about the lint being sold, the program has also become an excellent feedback tool for buyers about the quality of Brazilian cotton. “The international market is very demanding, and the quality level expected by the textile industry is getting higher and higher, which forces us to offer a better product”, he says.

The direct contact with Asian buyers has enabled a constant evolution in lint quality. “Every feedback we receive leads to discussions and adjustments to meet market needs”, says SLC’s commercial director. Efficient data management is key to this process. “We need to use Business Intelligence tools to look at the processes, use the information base we have to see where we can evolve and make the best decisions for the next crop,” he adds.

The closer relationship between growers and the industry can also be seen in the domestic market and contributes to the process of continuous improvement in cotton quality. “The understanding between customer and supplier has come a long way over the years. The industry has started to provide information that has helped growers understand market needs and enhance fiber quality”, says Cleber Resende Martins, Spinning Production Manager at Cia Industrial Cataguases. The company produces its own yarns and manufactures light cotton fabrics for clothing – 90% of their portfolio is made with domestic cotton.

In addition to the evolution in quality, there has been an increase in yields as well. Production has practically doubled in the last two years, reaching 3 million tons in the 2019/2020 crop. With domestic demand stalling at around 700,000 tons, cotton growers began to seek opportunities in the international market more actively, competing on equal terms with large producers such as the United States.

“With the increase in quality and credibility, many industries that did not consume Brazilian cotton started buying our product and expanding our share in their mixes”, reports Marco Antonio Aluisio, director of Eisa Trading and of the Brazilian Cotton Shippers Association (Anea). “Fortunately, we are breaking shipment records and industries have grown more confident about making future purchases of Brazilian cotton”, he says.

Following a comparative data analysis, on average, the fiber produced in Brazil is superior to the American-made product in fiber length, strength, and micronaire, asserts Abrapa’s president. “We are concerned with the whole chain, from growing to ginning to logistics. We work to ensure that all the growers move in the same direction and that we can offer top-quality cotton to our customers, wherever they may be”, Busato concludes.

Renewcell and ZARA Collaborate to Create a Capsule Collection Made from Material Produced with...

Business News admin - August 7, 2022 0
The global fashion brand and part of Inditex Group, is partnering with Renewcell for a capsule collection made with Circulose®, a branded material produced...

Innovation admin - August 7, 2022 0
Evolution 3, the new generation of Tonello's signature washing and dyeing machines, is the amazing fruit of years of research, experimentation and continuous improvement. The...

Renewcell and ZARA Collaborate to Create a Capsule Collection Made from...