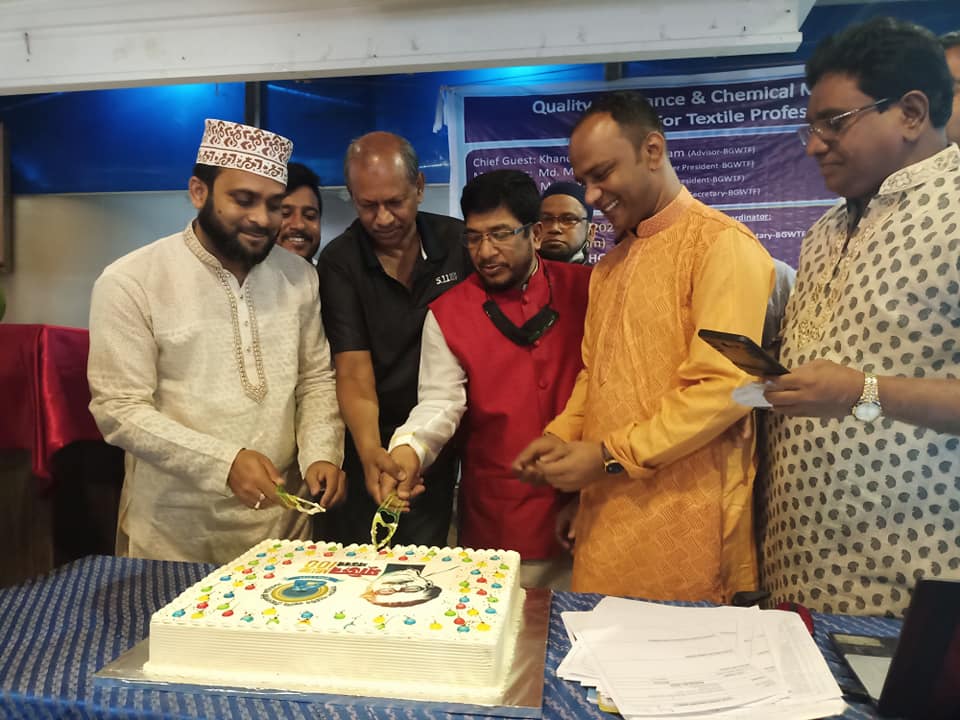 Another day-long Quality Assurance and Chemical Management Training Program organized by Bangladesh Garments Washing Technologists Foundation was held in the hall room of Sea-Shell Hotel and Restaurant in Uttara, Dhaka on Friday 19th March. The organizers and participating students are hopeful that this training program will play a significant role in the personal lives of all those working in the garment washing world. The training starts at 9 am and lasts till 5 pm after lunch. Cake cutting and prayers were organized on the occasion of the birth centenary of Bangabandhu Sheikh Mujibur Rahman, the architect of independent Bangladesh. At the end of the training, a total of 30 trainees were awarded certificates by BGWTF. 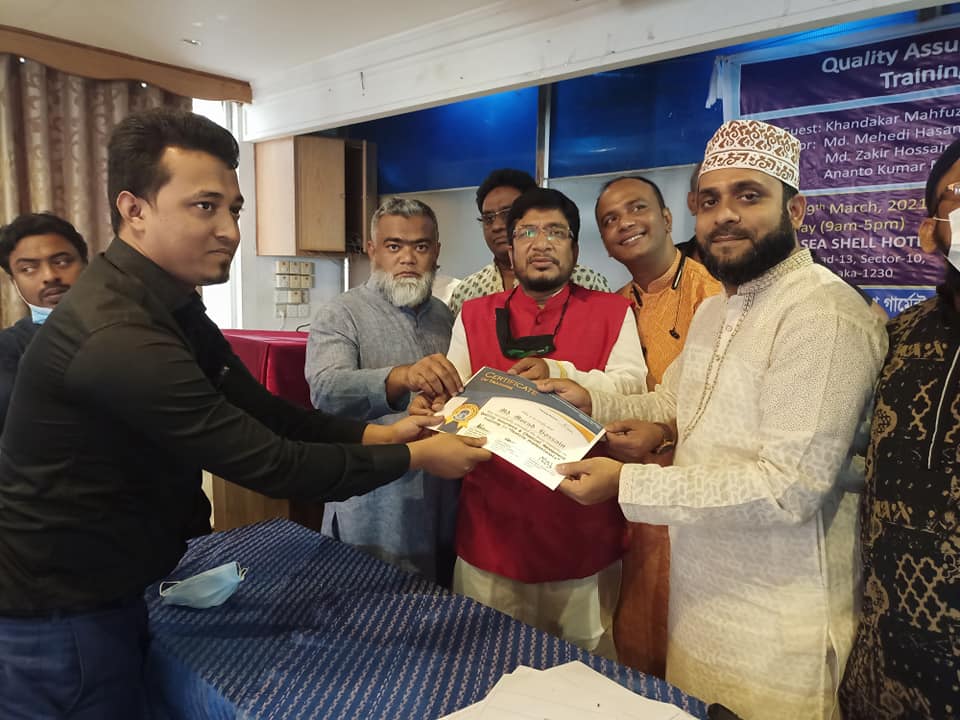 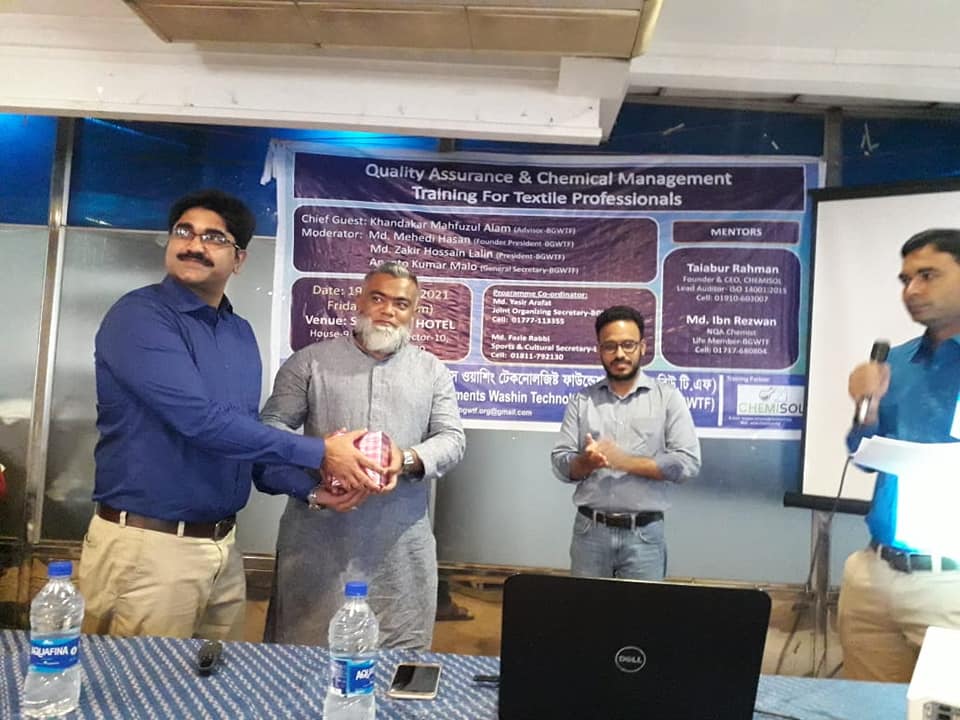 Speaking as the chief guest, Helal Uddin Ahmed highly appreciated such an arrangement and assured to cooperate in the future as well as gave an encouraging speech among the trainees.

Speaking on the occasion, Eng. Mehedi Hasan said that the long dream of BGWTF is about to be fulfilled. The activities of the Washing Institute on the Foundation’s own land went one step further through this training. He thanked all those who were deeply involved in this training and hoped to organize a seminar on various topics every month. Besides, other executive members also gave short speeches.

It is to be noted that Bangladesh Garments Washing Technologist Foundation, also known as BGWTF, is an organization registered by the Government of the People’s Republic of Bangladesh to share new information in washing and to build brotherhood among each other. Whose official registration number is 11964. The foundation started its journey in 2009 under the patronage of Eng. Mehdi Hasan at Rana Plaza with financial grants, meetings and seminars on various activities in the textile sector, standing by helpless people, May Day celebrations, organizing Iftar gatherings, distributing winter clothes and providing financial assistance to flood victims. Every year BGWTF has been holding annual general meetings with all its members.

Innovation admin - July 4, 2022 0
Golam Rabbani Ultrasonic cleaning is a system that works through high frequency sound waves. These waves are transmitted by liquid to clean the surface of...