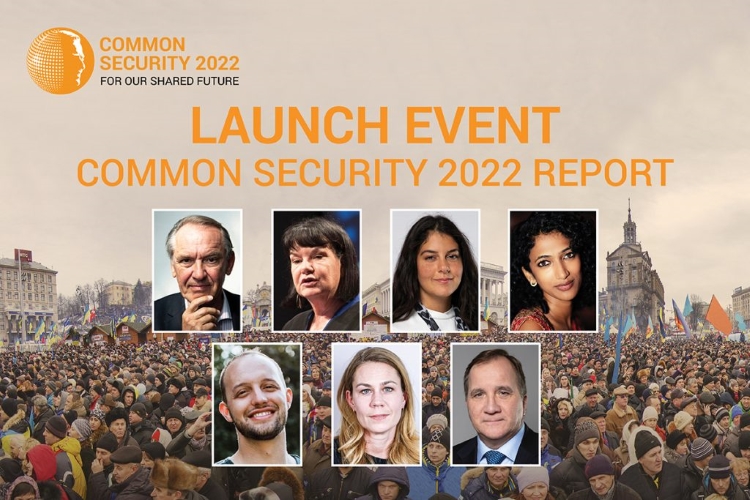 A high-level global commission, which includes representatives from the International Trade Union Confederation (ITUC), formed to tackle the security risks in the contemporary world is due to present its findings on 21 April 2022. The commission used the framework of ‘common security’ to develop a blueprint for survival in the face of extreme threats to human safety: climate change, unbalanced globalisation, inequality, economic insecurity, crumbling disarmament treaties, military aggression, pandemics and the decline of democracy.

Common security emerged as a concept in 1982 from the conclusions of the Independent Commission on Disarmament and Security Issues led by the prime minister of Sweden, Olof Palme. The concept contributed greatly to easing tensions between east and west at the height of the Cold War.

ITUC General Secretary Sharan Burrow is a member of the commission: “The world has a choice between an existence grounded in competition, aggression and instability, or one founded in common security, peace and solidarity. We are facing multiple existential threats to humanity. How we respond to them will determine our very survival.

“Forty years after the first commission it’s been sad to see how little we have learnt, but this process has been full of hope too. There are many people working hard to create a world that is safer for all of us, where we can build together the systems we need to tackle poverty, inequality, disease and climate change and prevent human suffering from war and conflict.

“Above all, we need a new social contract – as the ILO constitution says: universal and lasting peace can be established only if it is based upon social justice. “This report is a blueprint for survival and a future where everyone can flourish. We must put to bed the lie that one person can prosper as the cost of another, that one country can be more secure by making another insecure. We’ll only feel safe, if we all feel safe.”