RUDOLF, the global provider of responsible specialty chemicals, sustainable solutions, and services for the global textile industry celebrates the beginning of a whole new chapter with a new corporate brand identity.

Since time immemorial, Bavaria, the German area known for its pristine forests, clean air, and wealth of culture has been the cradle of technical and scientific wit with a dash of creativity. The first Nobel laureate for physics, Wilhelm Conrad Röntgen made his home in Munich, Bavaria. Levi Strauss, the German-American businessman who founded Levi Strauss & Co, came from the Bavarian town of Buttenheim. So, it would seem almost inevitable that RUDOLF GmbH, a company deeply devoted to chemical research and rooted in the discovery of technologies – mostly for textile – often borrowed from Mother Nature’s work, would find a home in Geretsried, a small town in Bavaria. 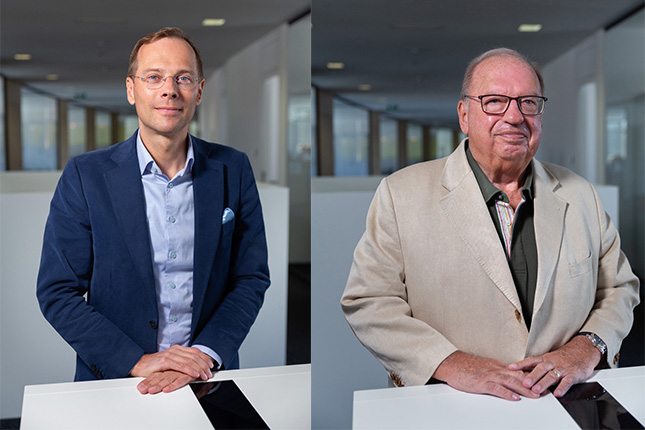 “Eng. Reinhold Rudolf begins operations of Rudolf & Co. on January 1, 1922,” says Wolfgang Schumann, 3rd generation owner who has been Managing Director since the ’70s and who was the main driver of the international expansion of the Group. He continues: “My grandfather, Ernst Schumann, acquires shares in the company in January 1925 and plays a central role in the strategic orientation of the factory. Then, in the turmoil of WWII, contact with the company founder Reinhold Rudolf broke off and his trail is completely lost”.

Since 1922 RUDOLF has been fueling the textile, construction and other industries with the very same innovative energy so necessary to ensure continuous progress and to solve some of our civilization’s current and future issues. An agent of positive change for more sustainable living.

“Turning 100 years old is a very important milestone,” says Dr. Wolfgang Anton Schumann, current MD at RUDOLF “However, it isn’t a finish line at all but, rather, the beginning of a whole new chapter. As we change pace, we send out a very important signal and transform what is most precious, intimate and meaningful to us. We change the essence of who we are: our corporate branding”.

RUDOLF’s products have always been rooted in science and experience, whereas RUDOLF’s brand has always been a celebration of trust, reliability and inclusiveness. The new brand identity is directly extracted from the historical and cherished company’s heritage mark and it is a very modern interpretation of the same. A very contemporary brand identity for a very contemporary organization that proudly steps into its second centenary of operations – with a global mindset.

Dr. Wolfgang Anton Schumann continues: “We took inspiration from our heritage mark with the idea of using it as launch pad to the future. Because the future isn’t going to be what it used to be”.