Bangladesh’s denim shipments to the United States continue to be on a roll even when the North American country has slowed down sourcing amid falling consumer demand caused by runaway inflation. 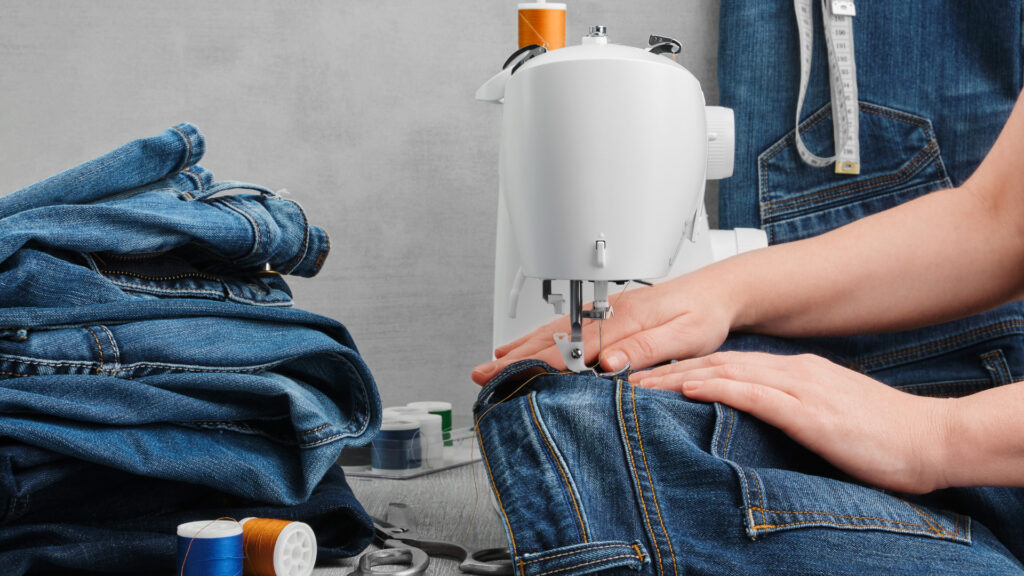 Bangladeshi suppliers exported $739 million worth of denim apparel in the first nine months (January-September) this year, fetching a year-on-year growth of 42.01%, according to the Commerce Department’s Office of Textiles and Apparel (Otexa).

Industry insiders say Bangladesh has been an attractive destination for sourcing denim garments mainly because of its shorter lead time backed by a strong backward linkage and availability of products at competitive prices.

Besides, Bangladesh has also been investing in green industries, which acts as another incentive for importers.

Bangladesh Garment Manufacturers and Exporters Association (BGMEA) Director Mohiuddin Rubel told journalists, “We have performed well in the denim sector over the past few years, and the US is now one of our major markets. 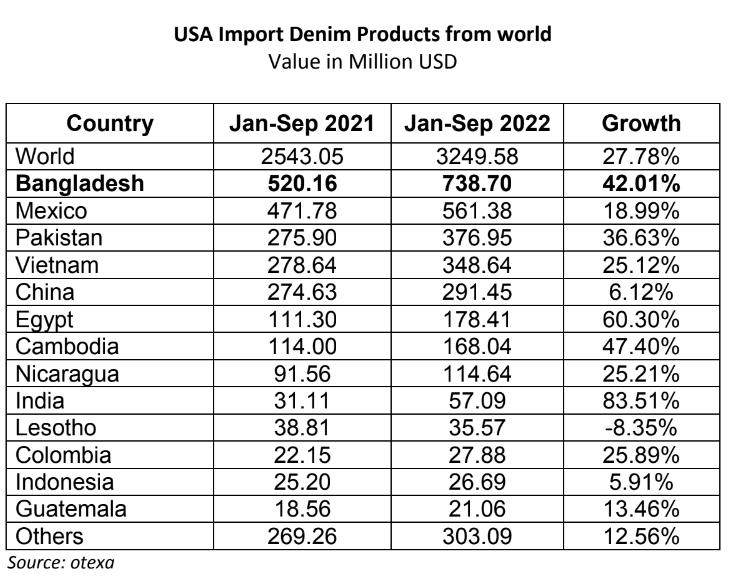 “However, due to the ongoing global economic crisis, our denim export earnings declined from October. For this reason, the ongoing growth rate will fall after the end of the year.”

Otexa data shows Bangladesh has been maintaining the top rank in supplying denim goods to the US with a 22.73% market share. Mexico comes second, followed by Pakistan.

Brands from the US imported $3.25 billion in denim goods in the first nine months in 2022, registering a 27.78% growth. It was $2.54 billion in the same period last year, according to Otexa.

Bangladesh’s major competitor Vietnam exported $348.64 million worth of denim products to the US market in the period, registering a 25.12% growth rate.

China, the leading apparel exporter, achieved only a 6.12% growth in January-September by exporting $291 million, slightly up from the $275 million in the same period of last year.