The positioning of denim and jeans in fashion has been unreservedly vivid, unlike any other material or product. From the 70s when American designers latched onto blue denim, it has been, since then marketed as different attires all over the world and merrily accepted by consumers of all spheres. The fashion language that denim has possessed over the course of more than a century, is distinct. There is no other single fashion attire that is worn by everyone around the world irrespective of demographic or cultural differences. The ‘blue jeans’ in California, the westernmost part of the world are the same ‘blue jeans’ in Wellington, the easternmost part of the world. This article talks about how denim has become a religion in fashion.

The word “jean” is believed to have originated in Italy, a nation with a long history of excellence in tailoring and textile manufacture, though the precise origin of jeans and denim is still a matter of contention. 400 years ago, seamen in the port city of Genoa (or Genova) made their ship sails and pants out of a coarse twilled cotton fabric. After the Geneoese people, this material was referred to as “jeans” or “jeans from Gênes.” It was an excellent choice for a working outfit because it was inexpensive and durable enough for the demanding tasks of a miner, dock worker, or seafarers. In fact, the word “blue jeans” originated from this fabric because it was known as “bleu de Gênes” in French throughout Europe (the blue of Genoa).

The cloth from Genoa was unsuccessfully attempted to be duplicated by weavers in Nimes, France. Instead, they combined the words “de Nîmes” to create a new, robust twill known as “Serge de Nîmes,” from whence the name “denim” was derived.

On a distant continent, Indian laborers in a community named Dongri began donning tough garments made from a thick, coarse cotton fabric known as Dungri in the 17th century. Later, it was sold to the US and to England. Overalls, which are still offered today and are made of denim, are thought to have been inspired by this cloth.

Why Blue Jean is Blue?

The indigo dye that gave the twilled cotton fabrics mentioned above their blue color was a common feature. Since indigo dye was the simplest dye to incorporate into cotton and that the blue color was effective at concealing filth and grime, this occurred despite geographic variances. Since it was first collected from the tropics of East Asia and Africa’s Indigofera Tinctoria plant, indigo has a rich history extending back more than 5,000 years. The largest and best-known center for indigo production is, however, in India. 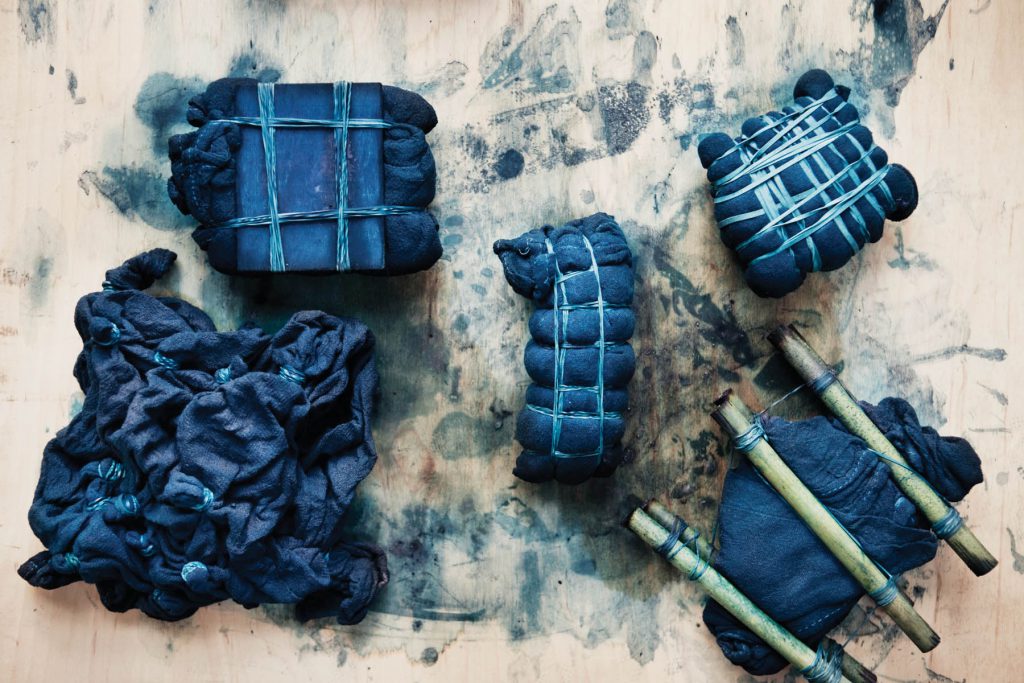 The term “indigo” (which means “from India”) gives away its place of origin. Indigo was traded throughout history to nations including Portugal, the Netherlands, and England. It was referred to as “blue gold” and was regarded as a luxury item. However, as its usage for coloring cotton garments increased, so did the demand for indigo, and people started looking for ways to reduce its price. In addition to being labor-intensive to make, indigo requires complex chemical processes to color cotton since it is not soluble. Many people looked for less expensive indigo substitutes. Adolf von Baeyer’s development of synthetic indigo in 1870 was a watershed moment for synthetic dyes and made it simpler to make the blue jean dye we use today. 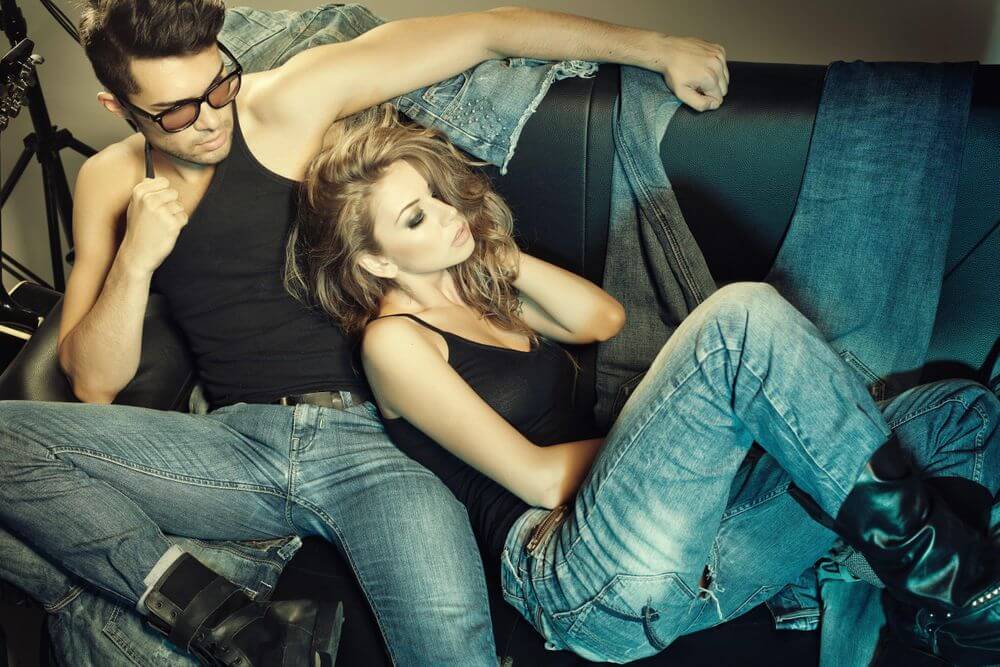 Jeans have their roots all throughout the world, but they are deeply ingrained in American society. The American fashion known as jeans first appeared at James W. Davis’ Nevada store. The pants Davis, a tailor, was making for miners frequently tore at the knees, pockets, and fly due to their inadequate durability for their strenuous employment.

He devised a technique to hold the pants together at their stress points using copper rivets rather than the typical metal fasteners. The pockets and the flies were two of these areas. In his earlier creations, canvas fabric known as “duck cloth” was also employed. Later on, he switched to denim.

The riveted design was well received by miners. Davis attempted to patent this concept but lacked the necessary finances. This prompted him to write to Davis’ fabric supplier, Levi Strauss, a businessman operating a dry goods company in San Francisco. Levi agreed to collaborate with Davis on his invention, and together they were granted the US patent No. 139, 121 for “Improvement in Fastening Pocket-Openings” on May 20, 1873. The name Jacob W. Davis and Levi Strauss and Company received the patent, giving birth to the “jeans” apparel.

Over the years, jeans have undergone design improvements. To enhance sturdiness and set Levi jeans apart from the competition, a double arch orange stitching feature was applied. In 1922, belt loops were added, and in 1955, zippers took the place of some button-up fly designs.

The Strauss and Davis patent expired in 1880, and ever since then, well-known companies have joined the market with their own versions of blue jeans, including Lee Mercantil (Lee Jeans) in 1911 and Blue Bell (also known as Wrangler) in 1904.

At first, only hardworking laborers like farmers, ranchers, and miners were known for wearing jeans. When well-known performers like John Wayne, Gary Cooper, and Clint Eastwood portrayed cowboys in Western movies, their image was enhanced. Jeans have become a crucial component of the current cowboy aesthetic. Two women wearing fitting jeans were featured in an advertisement campaign that Vogue called “Western Chic” in 1930. 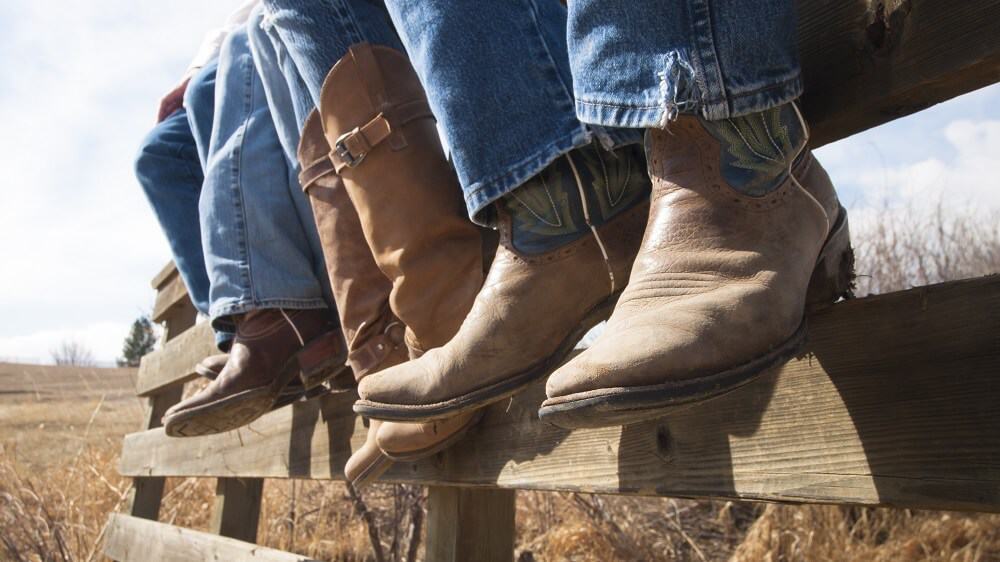 After the 1950s, jeans became a sign of disobedience. In the movie Rebel without a Cause, James Dean made them popular by sporting them with a leather jacket and a plain white t-shirt. This leather jacket and blue jean ensemble quickly established itself as the rebellious look for motorcycle riders. Later, jeans turned out to be so divisive and offensive that schools forbade their use.

Hippies and anti-war demonstrators donned jeans later in the century to show their support for the working class. Women wearing pants defied the gender norm, thus feminists wore them to represent gender equality.

Today, it’s difficult to find a person who doesn’t have a pair of denim jeans in their wardrobe. They are sold everywhere, including at low-cost stores and on the catwalk. Jeans can range from century-old classics like the still-popular 501 Levis to statement shapes like bell bottoms. This formerly rebellious symbol is now the most popular attire in the nation.

The technology and style of jeans nowadays are constantly improving. With the help of machine-made rips, contemporary fashion designers may make them softer, stretchier, and even more durable. The next great designer is ready to reimagine jeans because they are here to stay.