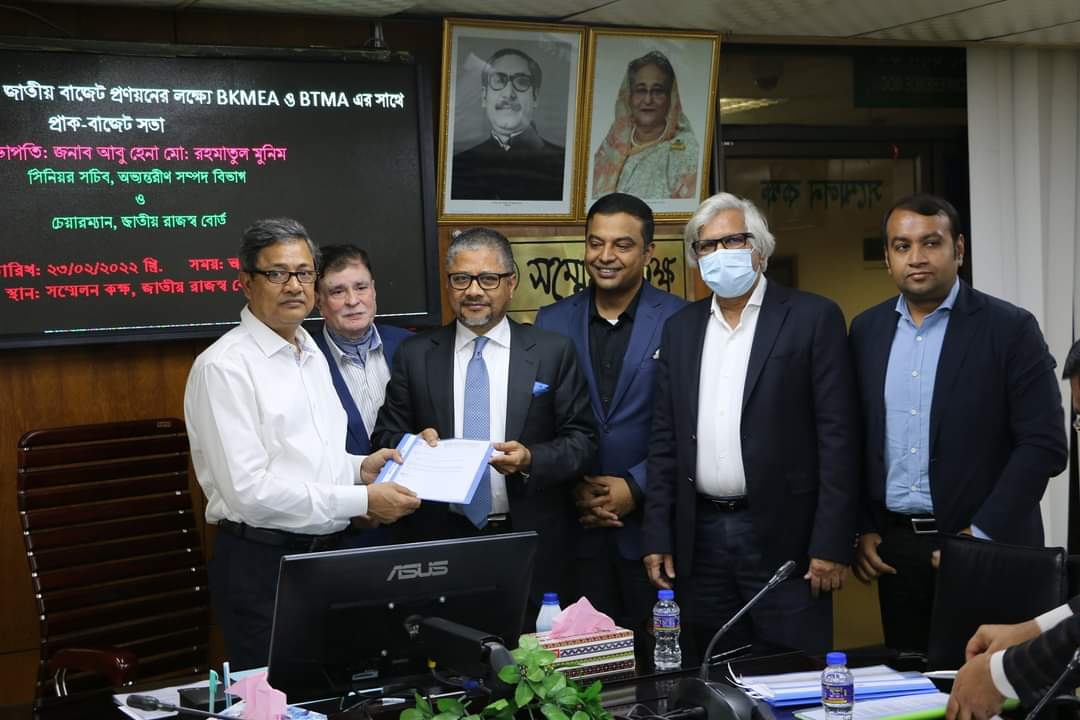 President, BTMA made the following proposals in the meeting-• Allow duty free import of all kinds of Man-made Fibres and Recycled Fibres for the growth of the non-cotton garments industry and help product diversification in the country. Man-made Fibre requires less water and chemicals compared to cotton but because of the high tariff on non-cotton imports, investment is discouraged in this despite having huge potential. Removing import duties on it will encourage it investment accelerating the economic growth.

• Yarn regardless of the fibre composition should be subjected to VAT of Tk 3 per kg instead of Tk 6 per kg.
• Allow import of spare parts at 1% duty in line with capital machinery import.
• Maintain the existing 15% income tax on in the textile sector up to the year 2030.
• Withdrawal of the 2% advance tax on cotton purchases from the local market.
• Withdrawal of 15% VAT on pet chips import.

Chairman, NBR gave patient hearing and stated that they are aware of the issues & the problems faced by the textile sector. He stated that the above issues will be considered with high emphasize. However, the meeting advised the BTMA Secretariat to submit a short list containing the names of spare-parts which is most imported and has massive use in the industry along with the H.S. Code for further action. The above advise was highly appreciated by BTMA.

Mohammad Hatem, Executive Chairman, Bangladesh Knitwear Manufacturers and Exporters Association (BKMEA) along with his team also attended the meeting. BKMEA agreed with the proposals made by BTMA and gave full support.