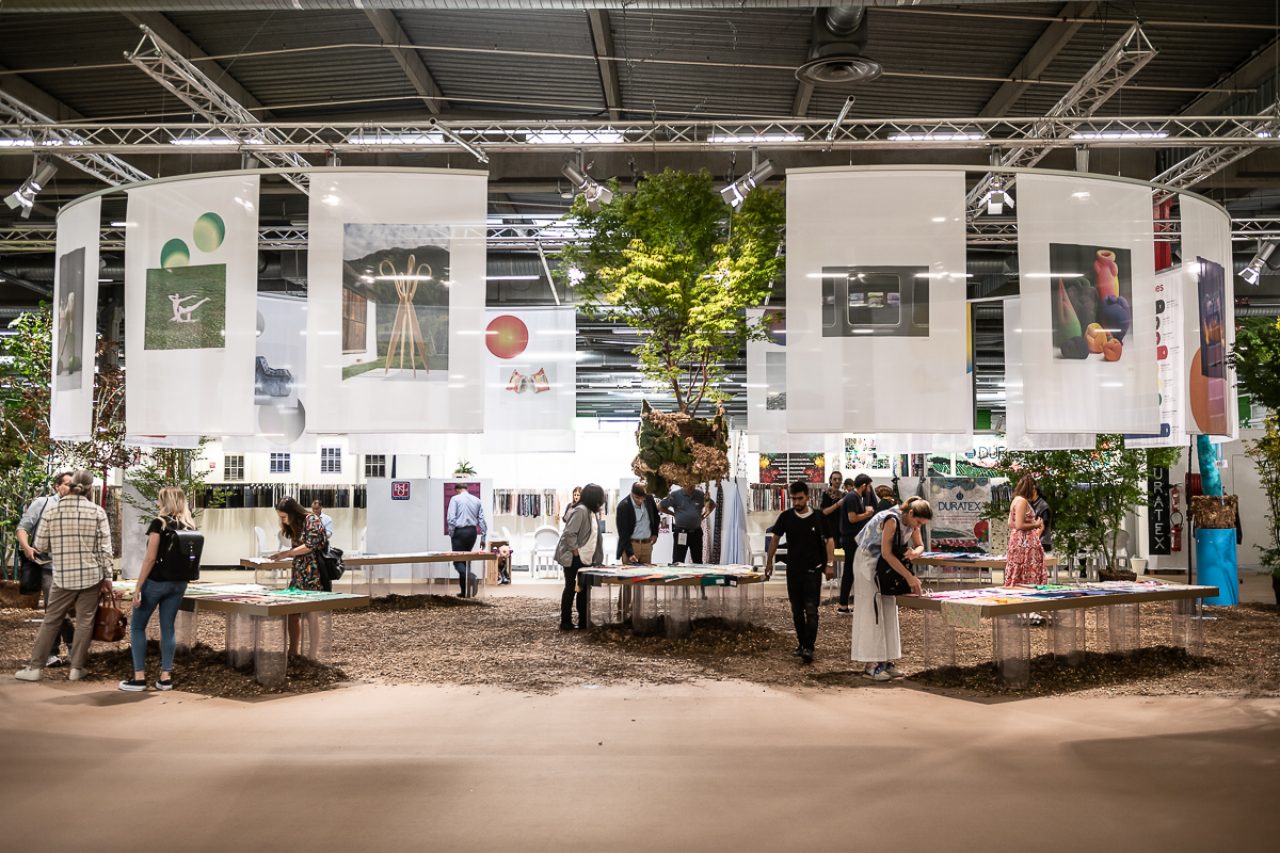 This first edition in July recorded a 29% increase in visitors and marked the return of foreign buyers. In total, around 3,700 buyers came to meet the international textile and finished product manufacturers selected by the Messe Frankfurt France team. The dates are set for the next edition, from 6 to 8 February 2023 at the Parc des Expositions de Paris – Le Bourget.

A new stage has been reached for this summer edition. Held for the first time in July with the ambition of offering a sourcing calendar adapted to the fashion market, this vintage of Apparel Sourcing, Avantex, Leatherworld et Texworld

Paris trade fairs confirm the gradual resumption of exchanges. Over 3 days, around 3,700 professional buyers were able to discover the 400 exhibitors gathered in Hall 4 of the Parc des Expositions de Paris – Le Bourget.

With an increase of 29% compared to February 2022, attendance at Texworld Evolution Paris was also marked by the return of foreign visitors, whose proportion reached 83%, compared to 65% in February. International buyers, particularly from Europe, have found their way back to the capital: after the French, Spanish, English and Italian professionals are in the top three, followed by Turkish buyers, Germans, Dutch and Americans.

Expected return to the original formats in 2023

This new edition, offered in the summer rather than in September, shows that manufacturers have been able to anticipate and prepare themselves to adapt to buyers’ expectations, emphasises Frédéric Bougeard, President of Messe Frankfurt France. It also confirms that a new step has been taken towards a return to the original formats of our shows, which we hope to be able to offer in February and then in July 2023.

Visible from the very first day, this strong increase in visitor numbers was reflected in the exchanges, whose dynamism gave the shows their true international scope. The return of exhibitors from China (140 companies), India (60) and Korea (41), or the strong Turkish presence (100 exhibitors), which is regaining its pre-crisis exposure, have reinforced this impression. The Pakistani weaver Kohinoor Mills, which offers high-quality menswear cotton fabrics in the Elite area of Texworld Paris, for example, had a very active show and concluded several important contracts. Also, within the Elite sector, the Indian embroiderer Veekay International was able to meet buyers from nations that are not usually present at European trade fairs, such as Kosovo, Nigeria, or Ghana, who placed orders for local markets.

This show was also marked by the return of the Chinese offer, with a total of 140 companies represented throughout the show, including 45 grouped together in the Source In China area, a platform run by agents from Foursource – the digital partner of Messe Frankfurt France – and Chinese experts. The buyers underlined the relevance and clarity of the merchandising of the offer displayed in this area, which was once again set up this year by the Texworld Evolution Paris team. Some fifteen Chinese garment manufacturers were able to present complete white label collections designed for the European markets, which visitors were able to discover on models during the China Fashion Walk organised during the show.

Visitors were also able to experience the metaverse at the stand of Texpertise Network, the textile expertise network of the Messe Frankfurt Group. Equipped with virtual reality headsets, they were able to discover the possibilities of organizing virtual and hybrid events, meetings and product showcases that metaverse and augmented reality allow.

The Messe Frankfurt France team has already confirmed the meetings proposed to the fashion industry for 2023: buyers and manufacturers will be able to meet from 6 to 8 February at the Parc des Expositions de Paris – Le Bourget, before the summer trade fairs, which will take place from 3 to 5 July 2023, for the first time at Porte de Versailles. The alleviation of sanitary measures taken by the Beijing authorities in recent weeks suggests that the number of Chinese exhibitors will increase significantly.