Levi Strauss & Co: Levi Strauss & Co is the oldest denim manufacturer in the world, founded in 1853 in San Francisco, California, USA. The company started its journey when a German trader, Levi Strauss, formed a partnership with an American tailor, John Davis for making work-wear pants for the workers in the California Gold Rush. They created pants made of denim fabric with copper hardware, which became the first pair of waist “Overalls,” which are now known as Blue Jeans. On 20th May 1873 they received patent #139,121 from the U.S. Patent & Trademark Office and so this date is considered as the “Birthday” of blue jeans. In 1890 the brand’s well-known 501 jeans were designed and within a short time, Levi’s denim pants started to be sold all over America. Later In 1912, the brand released children’s clothing, and by 1920 introduced a line of less restrictive, baggy trousers for women known as Freedom Alls. Today, this company is a global leader in jeans-wear, along with approximately 3,000 retail stores and shop-in-shops, in more than 110 countries worldwide. This 166-years-old, Levi Strauss & Co. brand is in charge of inventing the blue jeans.

Carhartt:  Carhartt is an American Denim company founded By Hamilton Carhartt in 1889, with dedication & passion for creating workwear for hard-working men & women, on which they can depend to get through the most challenging days on the job site. The company started its journey with two sewing machines and five workers in Detroit, Michigan, US, with the slogan “Honest Value for an Honest Dollar.” Focusing on railroad workers, the brand started to grow. This denim brand does not offer any skinny jeans rather Loose Fit Work Jean with a generous fit through the seat and thigh, which are not just fashionable, but also are engineered with high quality and attention providing a large size collection and variation. Currently, it has more than 4000 employees all over the world and headquarter is situated in Dearborn, Michigan. 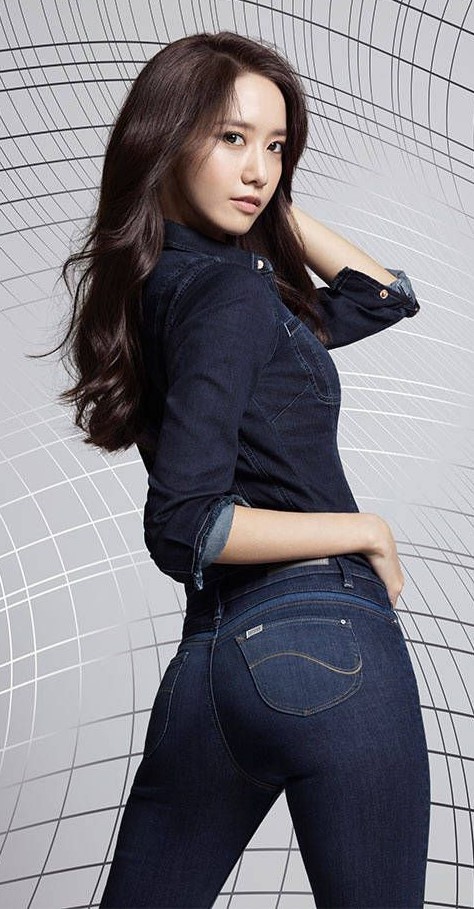 Lee: Lee is an American company started its journey in the denim world at the beginning of the 20th century. Formerly, the company was established by Henry David Lee in 1889 in Kansas as a grocery distributor. Later, in 1912, the Company opened a garment factory in Salina, Kansas, and began manufacturing overalls and jean jackets. Its original one-piece overall with sleeves and long pants, known as the Lee Union-All, was created in 1913 and kicked off many decades of growth and new denim products. The headquarters of the company was moved from Salina, Kansas to Kansas City, Missouri on 17th March 1917. From denim made for the US military to bell-bottom jeans in the ’70s, Lee has a long history in the denim world and is still a mainstay in American clothing brands. Again in 2019, after over 130 years in its founding state, Lee relocated its headquarters from Kansas to North Carolina. Being a household name in jeans for more than 100 years, Lee is known for inventing zip-front coveralls and zip-fly jeans. Every day about 60,000 workers around the world produce 5,000 pairs of Lee’s jeans. 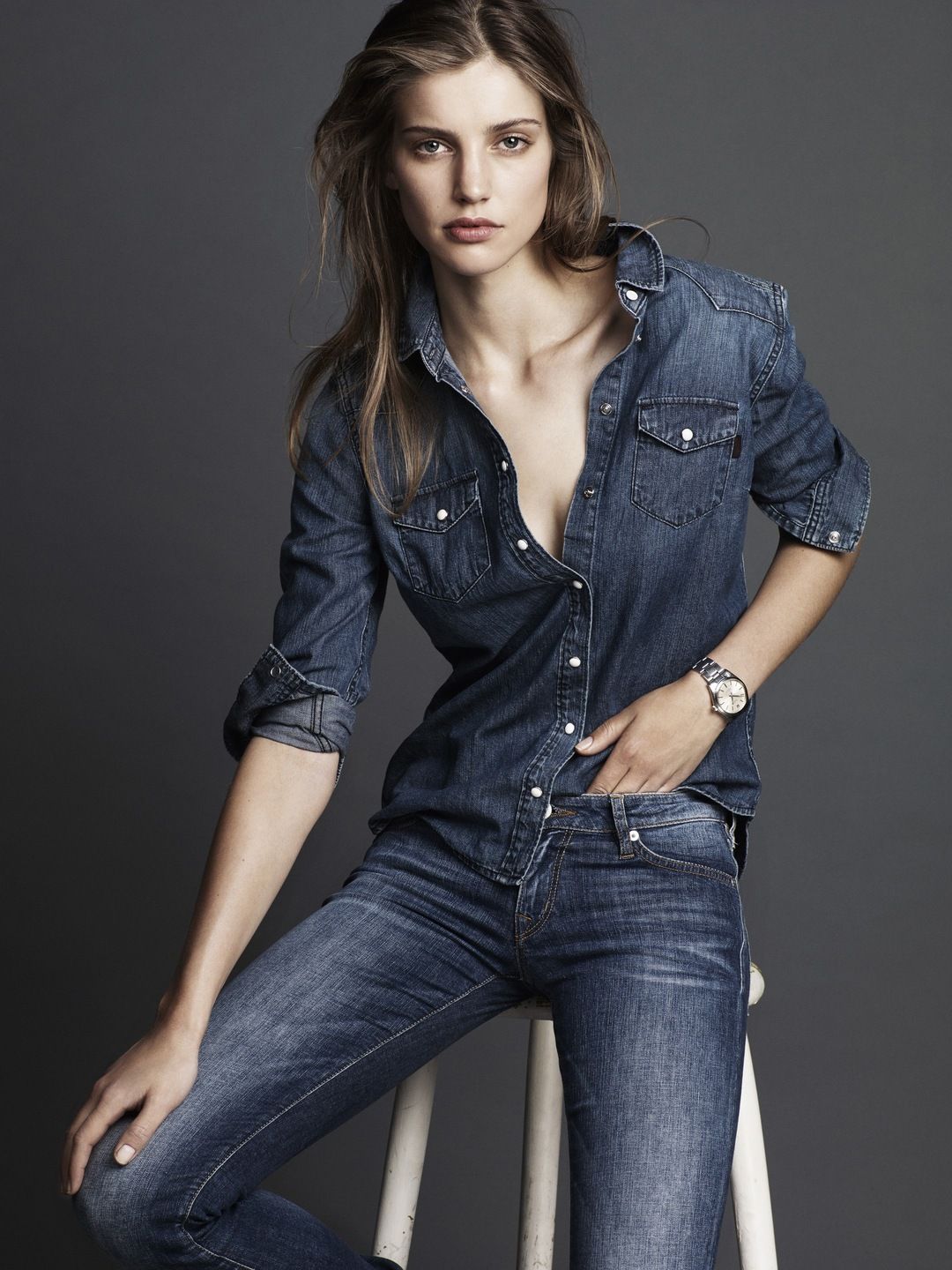 Calvin Klein: The American company Calvin Klein was founded by designer Calvin Klein and his childhood friend, Barry K. Schwartz, in 1968, though the partnership was set up on December 28, 1967. The brand started its journey with a coat shop in the York Hotel of New York City, with only $10,000. Gradually, the brand started to grow and signed licenses for cosmetics, jeans, and menswear. In 1976 the brand innovated the most fashion hit: a slim-fitting pair of jeans, with “Calvin Klein” embroidered on the back pocket and Klein was one of the very first designers to make jeans a high fashion item. In 1978, 200000 pairs of Calvin’s famous jeans were sold within the 1st week of its market arrival, and thus the brand has become one of the iconic Denim brands. In 2003, Calvin Klein was acquired by PVH Corporation. Currently, the brand has more than 11,500 employees, in over 110 countries andits headquarter is in Midtown Manhattan, New York City.

Studio D’Artisan: Studio D’Artisan is a Japanese denim brand founded in 1979 in Okayama, Japan. This denim brand manufactures selvage denim from vintage shuttle loom while the western world has adopted larger, more efficient, and lower quality looms technology. Bringing French design and workwear influence to Japanese handmade craftsmanship, this brand offers denim pieces that have hardiness, irregularity, and texture that capture the essence of jeans. The SDA ethos treats warp and weft as harmonious elements and implements careful garment construction down to the pocketing, arcuate, patch, and button. As an original player in the reproduction movement, this brand continues developing new fits and investigations into style to keep the craft and charm of their originality alive, with one-roof production.

Guess:  Guess is an American denim brand founded in 1981, by 4 Marciano brothers. Paul, Maurice, Georges, & Armand Marciano. From the south of France, the Marciano brothers moved to America to pursue their dreams.  Being inspired by a European influence, they redefined denim and one of their initial designs was stonewashed, slim-fitting jean, the 3-zip Marilyn. The success story of the brand started when Bloomingdale’s, department store, ordered 2 dozen pairs of Guess’s jeans that disappeared from the shelves in just hours. The brand is prevalent for its denim, specifically its women’s jeans that, in the ’80s and ’90s, were more form-fitting than other blue jean trends of the time. Soon GUESS became a symbol of a young and adventurous lifestyle. Later the company expanded with additional apparel brands for its supplementary collections. Today GUESS is a truly global lifestyle brand with a full range of denim, apparel, and accessories offered in over 80 countries around the world. 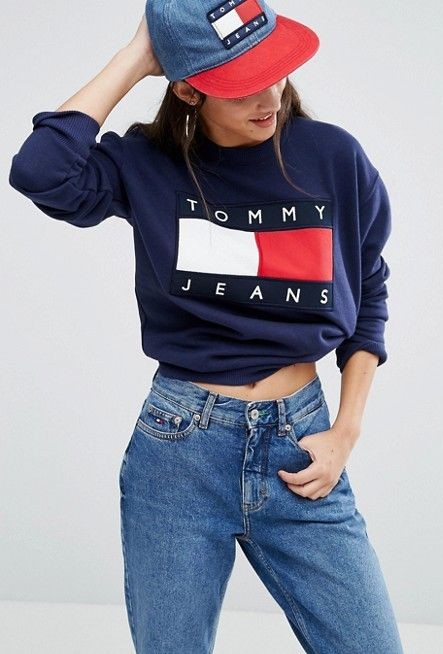 Tommy Hilfiger: Tommy Hilfiger is an American denim company, founded in 1985, by fashion designer Tommy Hilfiger. This company delivers premium styling, quality, and value to consumers worldwide under the TOMMY HILFIGER and TOMMY JEANS brands, with a breadth of collections including HILFIGER COLLECTION, TOMMY HILFIGER TAILORED, men’s, women’s and kids’ sportswear, denim, accessories, and footwear, etc. Founder Tommy Hilfiger remains the company’s Principal Designer and provides leadership and direction for the design process. Tommy’s fashion career started in 1969, when he was a high school student by opening his first store, People’s Place, in his hometown Elmira, New York. Ten years later, he moved to Manhattan for pursuing a career in fashion design, and in 1985 his namesake brand launched with a single menswear collection. Tommy Hilfiger was acquired by PVH Corp. in 2010. This global apparel & retail company has  2,000 retail stores throughout North America, Europe, Latin America, and the Asia Pacific region, along with more than 15,000 associates in over 100 countries.